The Most Innovative Tech Companies Based On Patent Analytics

These and many other fascinating insights are from Swiss consulting firm EconSight’s patent analytics research that first identified all the patents that are supposed to protect particularly relevant innovations – in this case, defined as innovations for the digitization of applied technologies – using the PatentSight database. Companies not only have to maintain their innovative strength; they also have to continue to expand in comparison to previous years to take a leading position in the ranking. For additional details on the methodology and to request the rank of your company, please visit the PatentSight Innovation Ranking 2019 site here.

Key insights from EconSight’s patent analytics research defining the most innovative companies globally include the following: 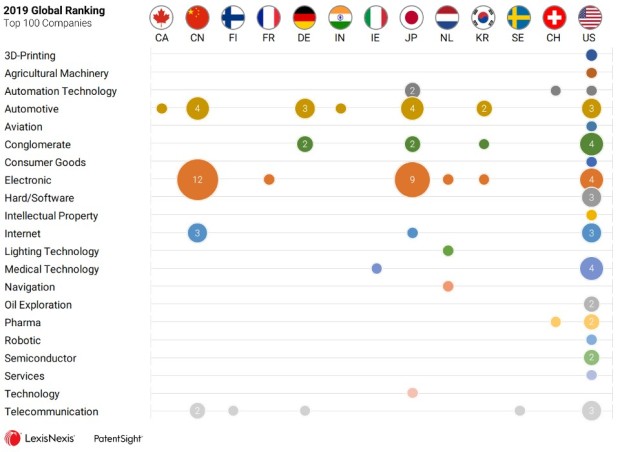 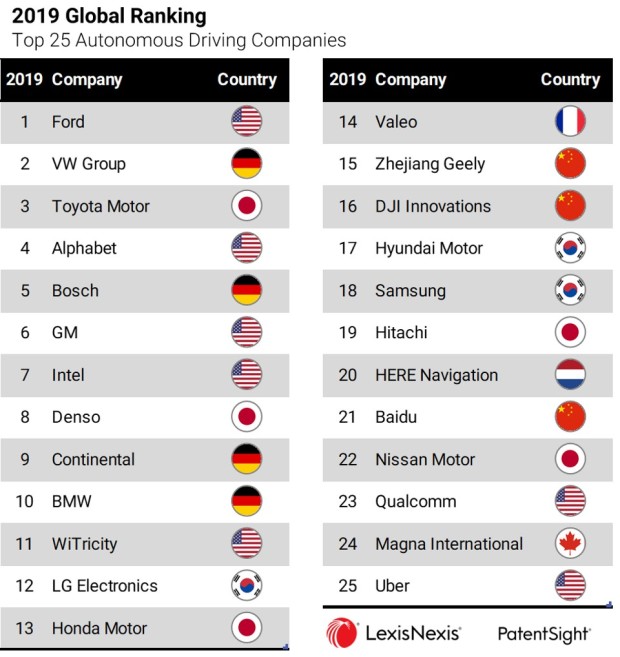 PatentSight – A Lexis Nexis company– specializes in cleaning and refining patent data and providing advanced patent analytics. Publicly available patent data simply cannot be used without qualitative preparation and correction. Due to the sheer mass (about 3.3 million new registrations in 2018 alone), all available patents cannot be viewed manually. Publications in many different languages and often very abstract contents make a manual review and evaluation difficult not only for laymen but also for experts. A further challenge is to level out the widely differing citation practices of national patent offices or to document the legal status of patents.

Moreover, PatentSight‘s proprietary patent valuation metrics reveal which patents are key, and which are superfluous. Based on citations, global protection, and several correction factors, EconSight leveraged these metrics to determine the most innovative companies.